PinterTest Kitchen: cause a move ain't gonna stop me

i chose crafting this month

because well, I had to pack all my baking supplies

and before the move, one of the only craft items I had available

was a sharpie, which we all know is a packing staple

but this didn't stop me

actually, I had been hoping to try this

especially since I was participating in

anyhoo, I found these cute little stackable mugs at Target 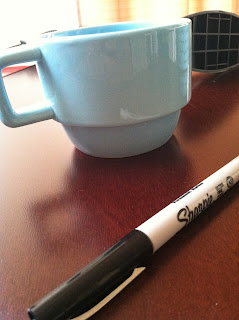 so, using a fine-point sharpie I began to write 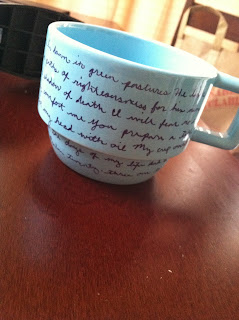 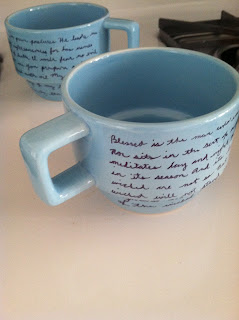 then came time for the baking

to let the sharpie set 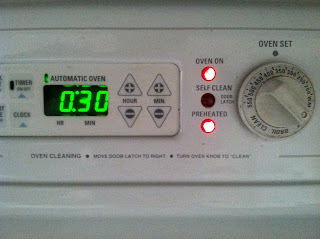 and one awesome silhouette in the oven 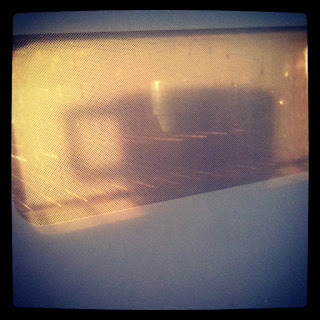 scrubbing under water to see if the sharpie actually stuck 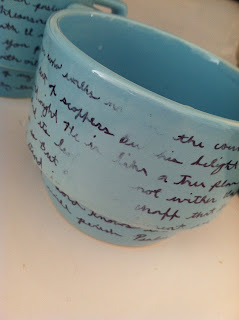 Unfortunately this was done on the Sunday before the move

and so, shopping for, packaging, and getting to the post office was kind of

out of the question at this point, so I ended up ordering one online instead

which honestly, ended up being WAY cuter than anything I would have made

I saw a cute pin for a head-band holder

and I had both of those!

So last Sunday after church

I grabbed the two items, plus some scrapbook paper

just ignore the Mod Podge on the left, it wasn't used 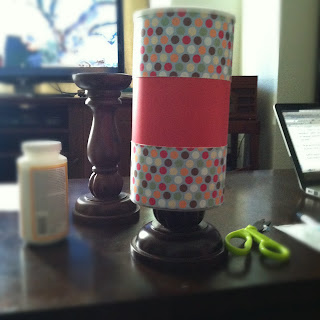 I ended up just cutting the scrapbook paper,

and taping it to the oatmeal canister

so its open on the bottom

and then I just set the plastic cover on top 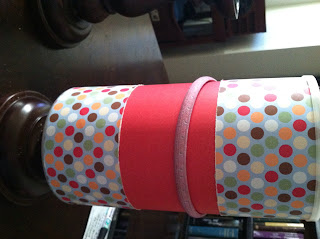 I began to add Aidan's headbands...

which is when I realized she only owns two

I guess, I need to build up that department

so we put her other accessories on it instead 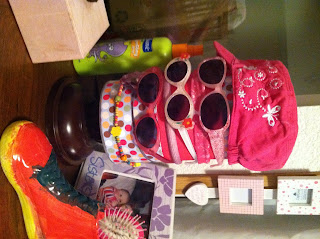 and i think its kind of awesome-looking

liking up with Jessica

Posted by carrieinchaos at 12:55 PM